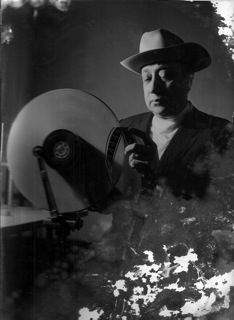 Active member of the French resistance and soldier during World War II, the young Jean-Pierre Grumbach adopted the codename “Melville” as a tribute to his favorite American novelist, Herman Melville. Once war was over, General de Gaulle, himself, decorated him for ‘acts of war’. Upon his return to civilian life, faithful to the path he had followed since childhood, Jean-Pierre became Melville, a filmmaker about to usher in a new style to French cinema.

Jean-Pierre Melville’s work was deeply rooted in the American cinema of the 30’s and 40’s that strongly impacted his youth. Melville influenced a whole generation of European, American and Asian filmmakers, inspired by his body of work and his sense of aesthetics, that they eagerly and still reference. Melville’s cinema was and remains more than ever a source of inspiration for generations of aspiring filmmakers around the world.

Known as the “Father of the Nouvelle Vague”, the man considered “the most American of French filmmakers” reinvented the film noir genre, adding his very own control of time management and extended silences on the screen. Melville created a powerful universe of men, friendship, loyalty, and treason; a cinema in which love and women could only attempt to step into.

An adept of the night, jazz, cats, and a certain Paris… quite secretive in his own way, a unique storyteller, Jean-Pierre Melville aspired to be a witness of his times.

Melville was one of the three french film makers, after Méliès and Pagnol to build his own studio.